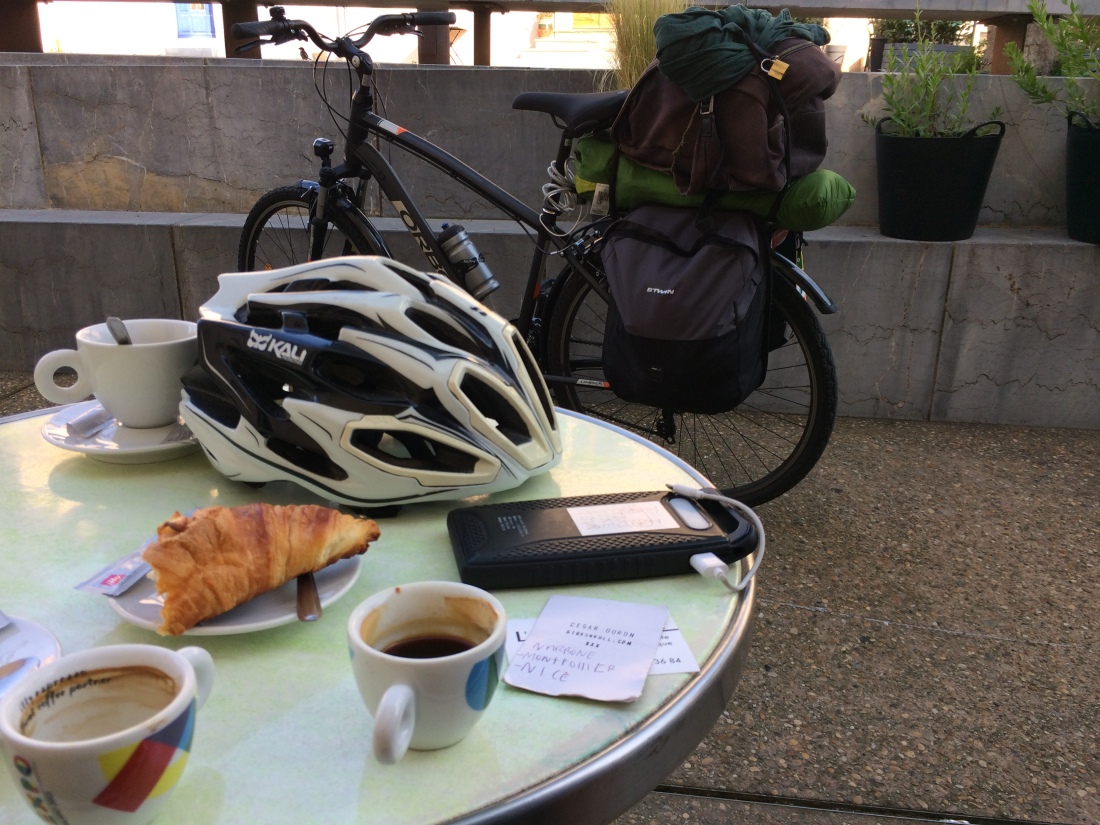 In the past months I’ve met a bunch of cool fun awesome strangers. We either have shared a drink, coffee, breakfast, dinner, or just a simple chat in a lonely rooftop. Of course, this always leads to an interrogation session by both sides. 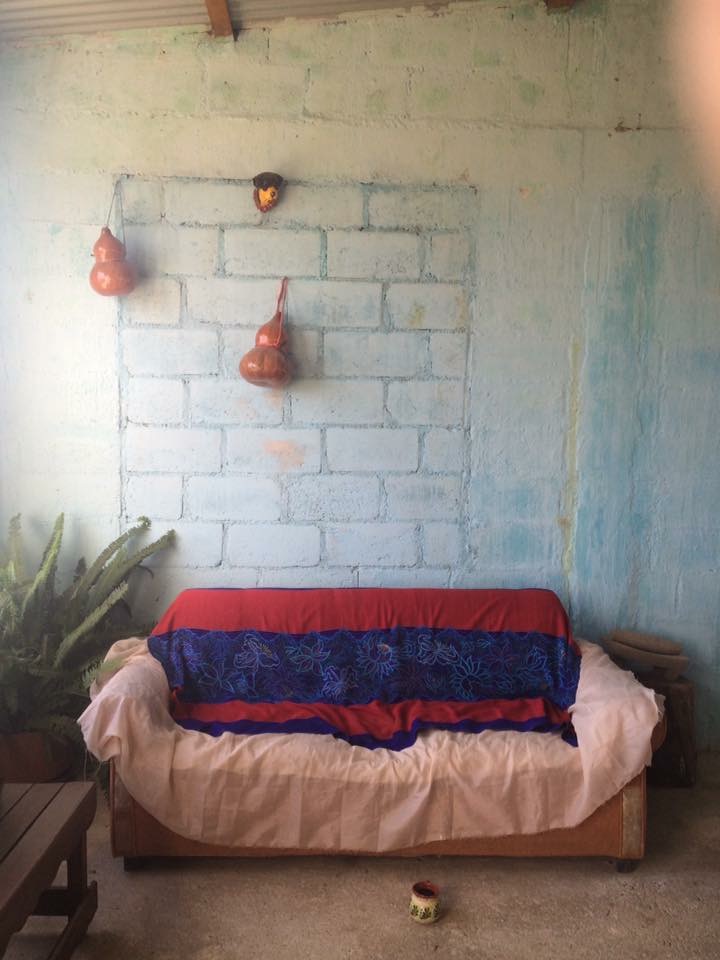 As soon as they find out i’m happily cycling wherever I want they always ask me: Where do you shower and how can you afford travelling?

Therefore, I decided to make this blog post. By the way, very simple question to answer. I shower anywhere there is water and I work anywhere I can or when I feel like it. Water as money is about anywhere in the world, so it’s very practical to get wet or get rich.

It’s like I’m a human being not a freakin atm machine poppin bills or something out of this world.

(About to take a shower somewhere in Queretaro,Mexico)

Anyways, mean while cycling across Mexico, Europe came into my mind. The upcoming world cup was the perfect excuse to jump over the Atlantic ocean and tear down the roads of the old continent.

In Cuba I had to flip a coin. Find a job in the States, Mexico, or continue cycling down Central America in my journey to reach Argentina one day.

Interesting, I always said I wanted to go to Alaska and reminded to my friends that if they faced any problems in their lifes I’ll help them no matter where they where! I’ll be there, it didn’t matter if they were in Alaska or god damn North Pole…I’ll be there. Loyalty, after all….shit, I was lying and ended up sinking in my own joke!

Well, to date I don’t know where I was, I just know I was damn far from civilization. 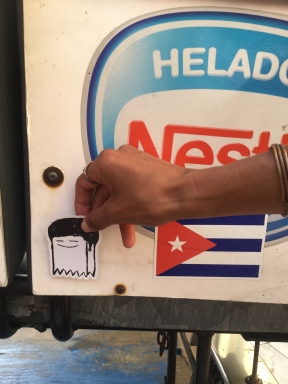 After having a blast around Mexico and Cuba I ended up in a seasonal job in the sea industry that appear like an eternal prison but I took it in the most positive way possible.

I was in Alaska, the last frontier.. 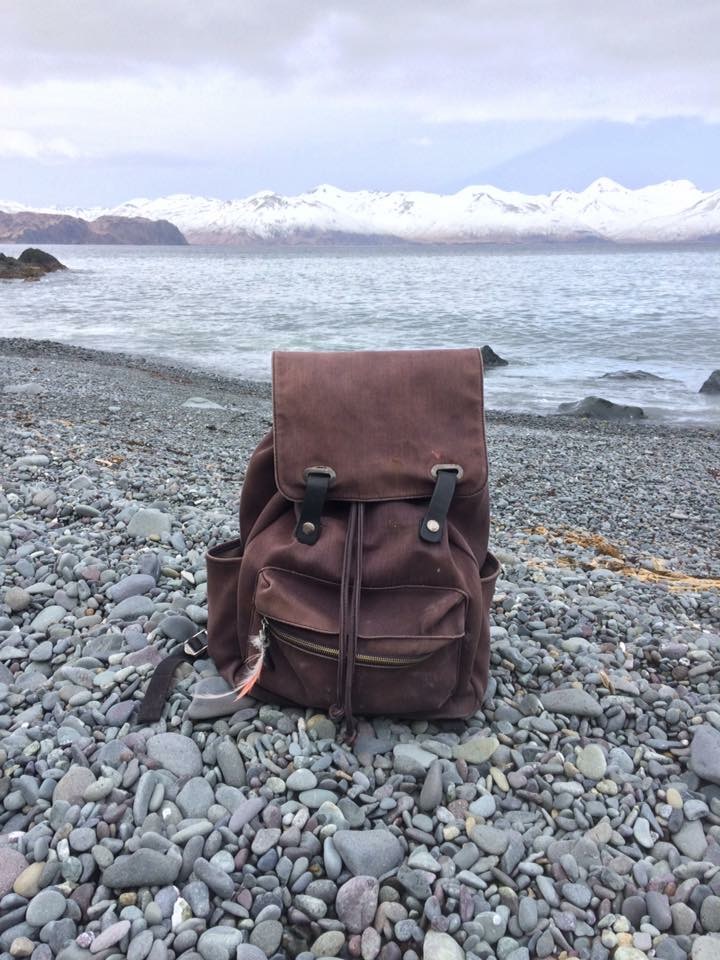 I’m not going to lie, during this short phase of my life I learned how to fucken earn every single penny in a dollar. I remember desesperately telling my fellow co workers that I was done with this bs. Well, I told them every single day, hour, minute and second until I switched my mind into playing rather than working.

Rather than working hard because job was tough..I took it as a training camp. I had to prepare mentally and physical for touring Europe. I knew that after Alaska everything was going to be a piece of cake. I felt very confident about this so I had to maximize and work on myself. 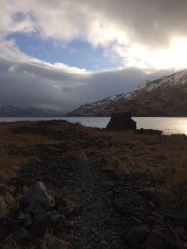 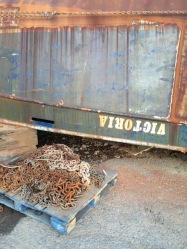 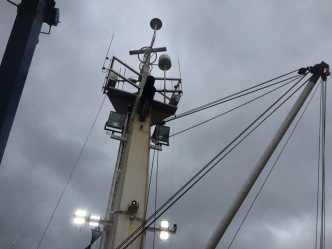 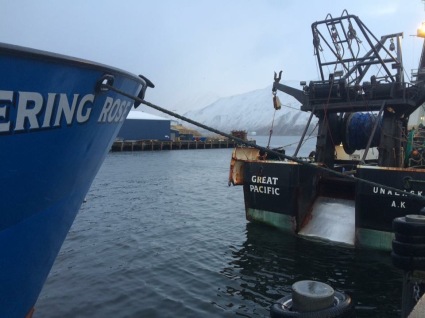 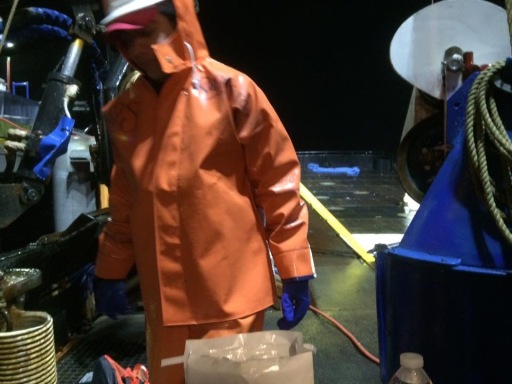 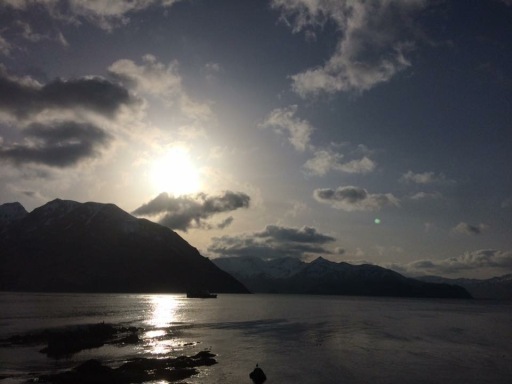 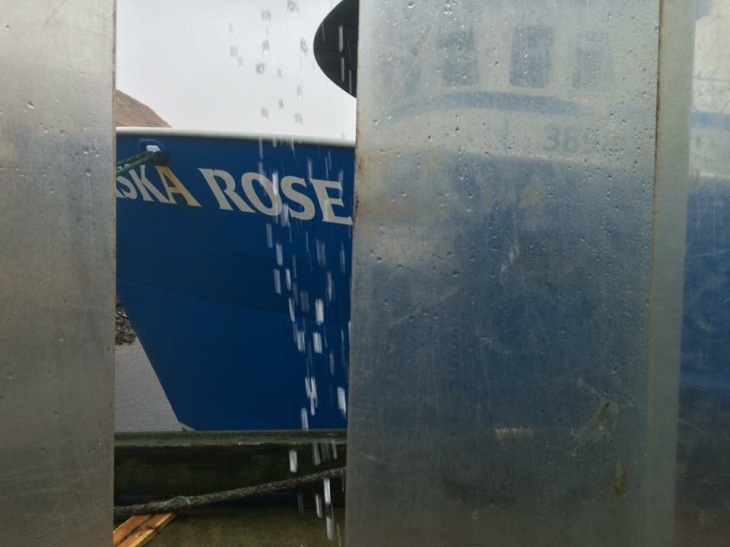 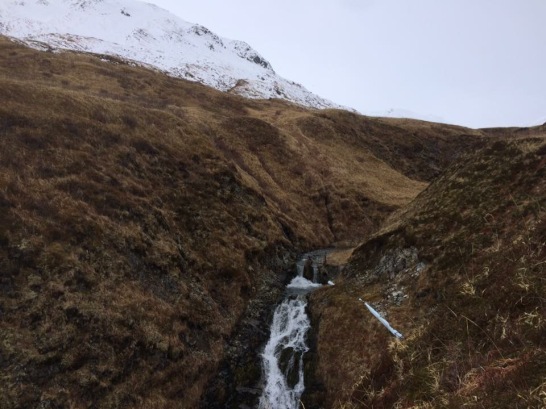 I was exercising in and outdoors with unbelieveable weather conditions. For example, rain and snow smashing in my face not to exclude running with cold wet shoes for long periods of time. I also read motivational books that brain washed me but I was cool with it. I read the 7 something of successful people, engaging book by the way. An another one that I forgot the name of it but it recall that everything in life starts with 1 and the accumulation of it. For example, if you want to start cycling…start with 10 minutes, then add 5 minutes more and in a couple of months you’ll be writing a blog post on how you reached Guatemala in a bike. Ok, that was an example but is a fact if you want to save $100 you first need to save $1. If you want to get fat you first need to eat a burger, then add fries, then a soda as same as in love if you want to get marry or something I guess you need to accumulate details, points, trust, and all those lovely stuff to convince your partner. Maybe, not the best examples but you get the point right? right..so start adding up!

Anyway, another activity that kept me busy was practicing and learning a new language, french in this case. Eventhough, I just learned how to order a coffee and ask if you wanted to go to the beach with me. Last but not least the main reason I was in Alaska, exchanging my freedom for money. Yeah, I just wanted to accumulate money to buy a bicycle and get my ass to the upcoming world cup in Russia.

No matter what, since day 0 I was going to do everything possible to accomplish this goal. 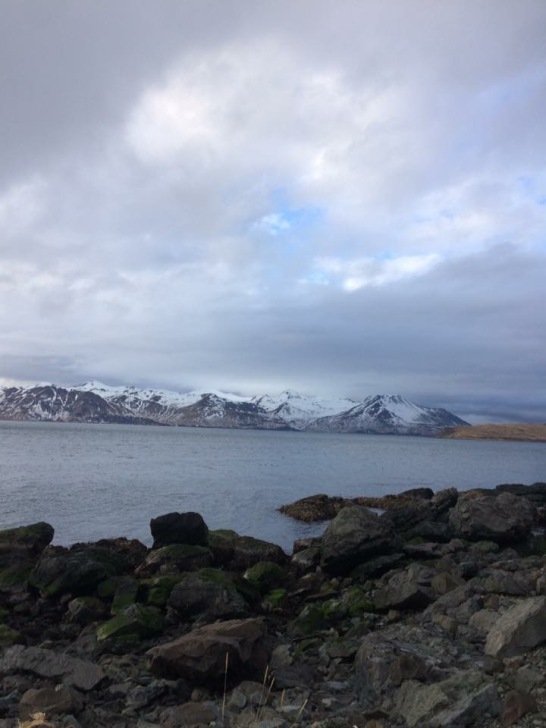 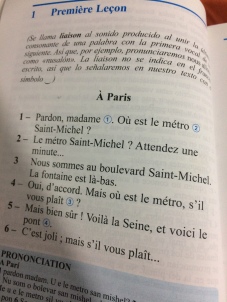 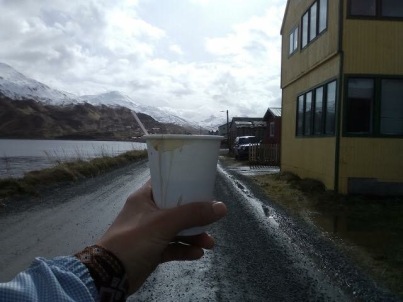 To date I remember two lines that I’ll never forget:

“Hustle while you wait” and “Hold on, at the end…it’s like you are living your dreams…you worked for them” first line is out of a book, second one from a friend after I told him that I was about to quit.

At the end, I never missed a working day and I can undoubtly say my friend Rodrigo and myself where the ones who put the most 0’s in our pay checks. Working our lungs off from 6am to 11:30pm a couple of times, a couple of days.

He wanted to build a house, I just wanted to cruise the mediterrenean sea, cheer Mexico in Russia 2018, and practice the two phrases I learned in Alaska somewhere in France. Of course, visit Madrid once again, take on Santiago de Compostela and watch my favorite bands.

I don’t know if I will be able to accomplish all my vague dreams but true thing is I’m typing this in an airplane heading towards Madrid, Spain after cycling from Barcelona all the way to Croatia. I didn’t reach Russia but did celebrated that one goal we scored against Germany in seat C8 row 10. 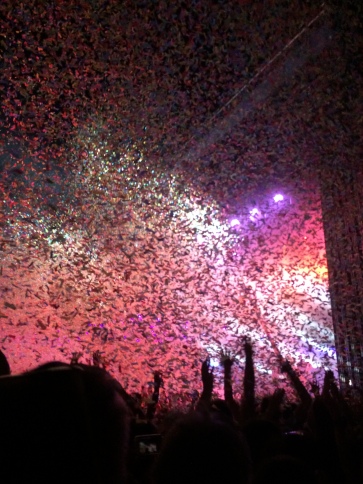 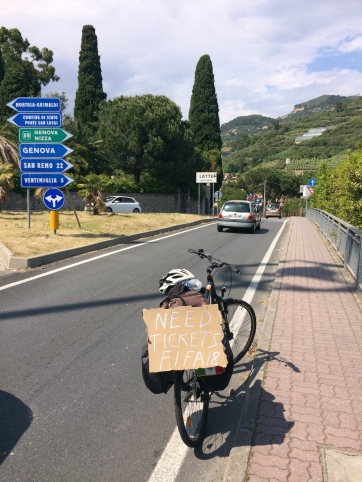 (This post was merely to proof that everything is possible if you are willing to make it possible. Also, to remind ourselves that we create our happiness or fate, I chose creativeness in Alaska)

Cheers to everyone who is reading this, keep following and chasing your dreams. Your going to struggle, maybe suffer, but remember to create your scenario…learn, grow from it and have fun…you can do it! 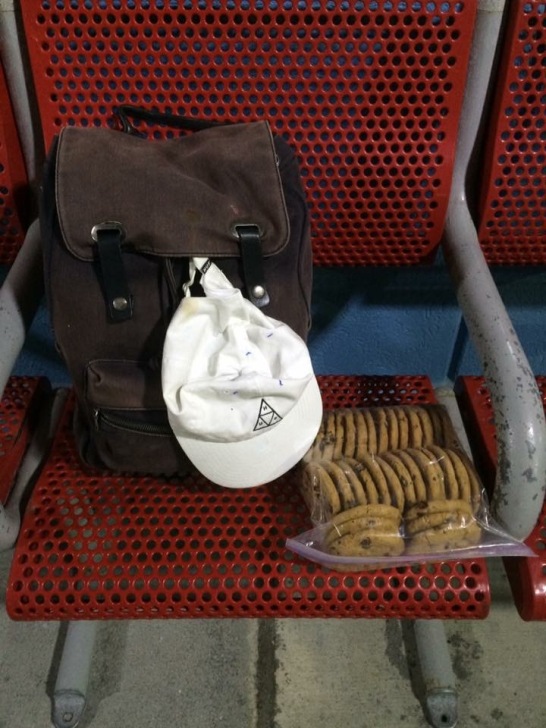